As we bid adieu to the shortest month of the year, let’s take a moment to reflect on all the ways we focused on and carved out time for reconnection.

everything in one place:

how to calm a busy mind: the bath edition Staying grounded is easier said than done. From small, daily stressors to bigger, fast-paced events, it’s necessary to be mindful of staying grounded. On The Partisan, we focus a great deal on reconnecting — in relationships, with yourself, and with the space around you. Today, we’re breaking down seven simple milk + honey recommended ways to keep your cool.

END_OF_DOCUMENT_TOKEN_TO_BE_REPLACED When manifesting positivity for the day, we believe the small things can set you up for success. Whether you’re enjoying your favorite cup of tea in the AM or a unwinding in a PM salt bath, these tiny moments of mindfulness can change the course of your day and affect how you impact others.

END_OF_DOCUMENT_TOKEN_TO_BE_REPLACED

this will make you a bath person. END_OF_DOCUMENT_TOKEN_TO_BE_REPLACED

how we connect + communicate At the start of February, we talked about the power of connection and the crucial role it plays in our daily lives. Whether they be romantic, platonic, or familial, the relationships we nurture and maintain are essential to our personal growth and happiness. So much so, that we’re taking today — Valentine’s Day — to pay homage to these many meaningful connections.

END_OF_DOCUMENT_TOKEN_TO_BE_REPLACED

gratitude is good for you We talk a lot about gratitude at milk + honey — not just because it is in the very fabric (er, walls of our spas) of our ethos but because there is, at any given time, something to be thankful for.

END_OF_DOCUMENT_TOKEN_TO_BE_REPLACED

Energize Your Space: a Q&A with Energy Catalyst, Stacy Davenport 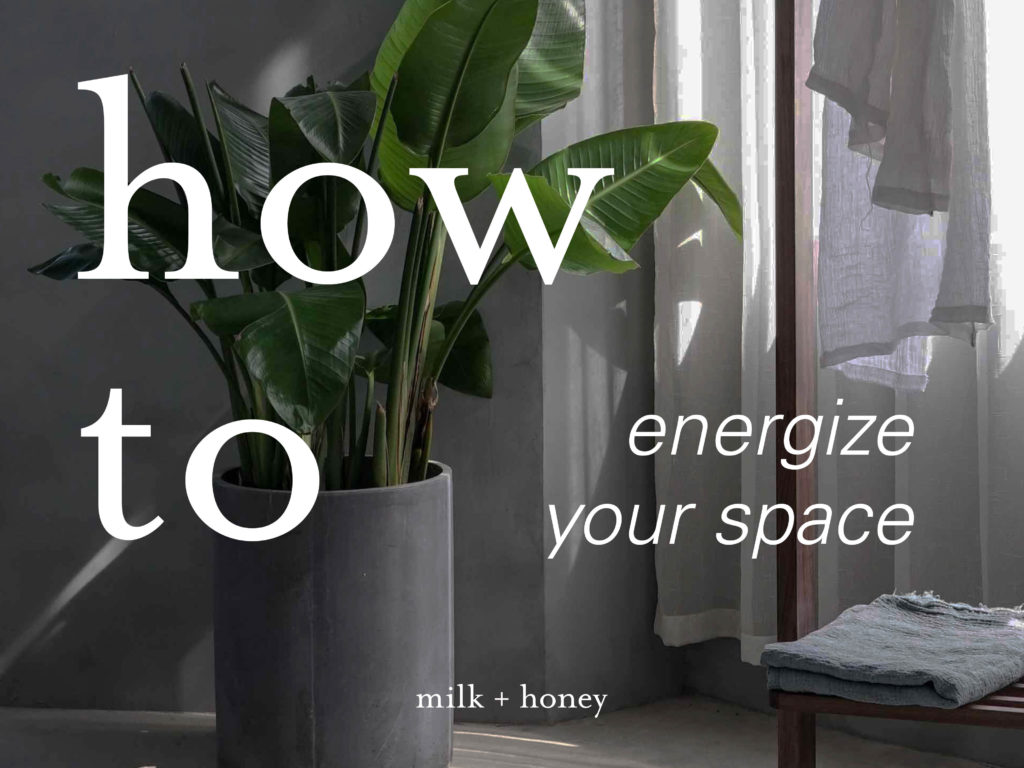 Whether you’re in our spa or luxuriating in an at-home milk + honey bath soak, creating spaces that reflect and cultivate clean goodness and positivity is our goal. To this end, every milk + honey location is planned and maintained with the help of Stacy Davenport, an incredibly knowledgeable Feng Shui expert and energy catalyst. We sat down with her to discuss how she maintains clear energy in our locations, as well as tips to maintain a clear and positive space at home.

END_OF_DOCUMENT_TOKEN_TO_BE_REPLACED

The U.S. honeybee population has been dying off in droves and the impact of this has a rippling effect on both our economy and on the global food supply. At the commercial beekeeping level, beekeepers are experiencing 30 to 50 percent hive loss (on average!) due to the not-so-mysterious Colony Collapse Disorder. Additionally, there have been major declines in native bee populations, which hold serious consequences for our native landscapes.

Let’s put it in everyday life perspective. Here’s what a meal without honeybees might look like, pictured below.

Consider that 90 percent of the wild plants you see around your neighborhood and 35 percent of the produce section in your local grocery store require bees to survive. Without bees, there will be a significant reduction in the quality and length of our planet’s health and human existence. Scary, right?

This is where our own story began in June 2015.

Alissa Bayer, milk + honey founder and owner, wanted to find a way to help the bees in the most direct way possible. So, in the winter of 2014, she reached out to Anna Gieselman. You may recognize Anna’s name from her gorgeous bee-inspired jewelry line, Bee Amour, which we sell in most of our locations. Or perhaps you know Anna as one of our original massage therapists. She has been a part of the milk + honey since our earliest days in 2006 and she also happens to be an experienced beekeeper.

Together, they partnered up to create an urban apiary, BEES by milk + honey.

Under milk + honey’s sponsorship, Alissa and Anna sourced bees from fourth-generation beekeepers at Bee Weaver, who have been raising bees without the use of chemical interventions for more than 15 years. Our small, but growing, urban apiary started as 10 hives in total — six were hosted on some beautiful land off of Bee Cave Road and four hives are located on a rooftop near 5th Street and I-35 (the old Progress Coffee spot!) — and today, we have more than a dozen thriving hives located in East Austin.

At our apiary, we practice “organic” beekeeping, meaning we choose not to use chemicals to treat the bees for pests. We raise our bees with the intention of supporting them through non-aggressive beekeeping techniques and with the goal of raising healthy strong hives for our environment. We have also started a beekeeping apprenticeship program for milk + honey employees, in the hopes of educating even more people about the importance of bees. Ultimately, we hope to see the apiary continue to thrive and expand in the coming years, as well as use the bees as a tool to keep the conversation going about the role humans must play in cultivating a healthy ecosystem.

Wondering how you can help, too?  Here are a few tips on how to start:

You can follow milk + honey and Anna’s beekeeping adventures on our Instagram as well as on Anna’s Instagram and Facebook page. Plus, stay tuned for more blog posts about what we are up to right here! We’re big fans of honey bees at milk + honey. Case in point: to bring awareness to the decline in the honey bee population and do our part to help save them, we created an urban apiary called BEES by milk + honey in 2015. Today, we have more than a dozen thriving hives in Austin, TX, all of which utilize organic, sustainable beekeeping practices.

In honor of National Honey Bee Appreciation Day, we’re sharing the top 10 reasons honey is good for you.

10 Reasons Why Honey is Good For You

There’s nothing like diving into a light, frothy beach read (something more substantial works, too!) — preferably with sand between my toes and the sound of waves breaking on the shore in the not-too-far distance. Of course, the beach isn’t an actual requirement for some good ol’ fashioned summer reading. I’m just as happy parking myself somewhere cozy on a warm lazy day, finding an escape with each turn of the page. Wherever you find yourself over the next few months, let these books serve as inspiration for your own reading to-do list. *All seven book picks include the official teasers from Amazon*

I’ve already read Rich People Problems, the third and final installment in Kevin Kwan’s trilogy, and it was just as delightfully frivolous as his first two novels. Back story? Kwan serves up an outrageous look into the lives of ridiculously rich Asian socialites. It’s best if you start with Crazy Rich Asians and China Rich Girlfriend before cracking open Rich People Problems. All three are fun, lighthearted, and completely removed from any reality that most of us live in — in the best sense possible.

The Secret History is one of my favorite books ever, ever, ever, and I’ll take any opportunity to sing its praises/recommend it to others. Author Donna Tartt is the master of pacing and character development. Together, along with lush language and a vivid New England backdrop, she weaves an unforgettable story of a group of eccentric college students who, under the tutelage of an enigmatic classics professor, develop a new way of looking at — and thinking about — the world. Moral lines are blurred, someone dies, tensions run high, and nothing can ever return to “the way it was.”

Full disclosure: I am finishing Emma Straub’s The Vacationers right now. More than a handful of people have told me that it is a quintessential “summer read,” so I’m finally jumping on the bandwagon. If you judge this book solely by its cover (title withstanding), it screams, “summer getaway!” Without revealing too much, I’ll say this: I’m thoroughly enjoying myself and I think you will, too. The basic plot line: an American family jets off to Mallorca for a two-week vacation, wherein familial and romantic relationships prove complex and tangled. What family vacation is without its ups and downs, amiright?!

My final honorable mention is not light and fluffy. It’s a quick read, yes, but it is not your typical beach read. Paul Kalanithi’s writing debut and memoir-in-one, When Breath Becomes Air, is a touching personal meditation on life, death, what it means to be hanging in the balance, and ultimately, what it means to live a meaningful life in the time we’re given. I finished this in one sitting. Have a tissue handy.